We will have on display and available for purchase many items of our own, and our sister company, Corvette Specialties Manufacturing,  We will also have on display examples of our restored gauges, instrument clusters, wiper motors, headlight motors, clocks, glove box doors etc. Take a look at our work that we will have on display. This is a great time to bring your items that need to be restored. We will evaluate your components on the spot. We can accept your components and take them back to our shop. We will restore and return safely to you. Please bring them by early, preferably Thursday afternoon if at all possible. We will have some used and NOS parts along with some show specials on our great inventory of Corvette restoration parts.

We will also buy your spare parts, so bring them with you and see us at spaces A-61 thru A-65.

Corvette Specialties of MD West has been attending shows every year at the Carlisle Fairgrounds since our very first show, and the very first Spring Carlisle in April of 1977.   From 1977 through 1981, we attended both Spring and Fall Carlisle in our prime J Row (Corvette Row) spaces.

While we were attending the February 1982 Atlantic City show in the old Convention Hall on the boardwalk, we sat down and talked with our friends Chip Miller and Bill Miller (not related). For those unaware, they were the founders of the Carlisle swap meets. Chip was telling us that in August of that year, they were going to have a Corvette only show. As a special draw, they were giving a brand new Corvette away on Sunday with a raffle drawing.

We sat down at his table and looked over the map of the show. At Carlisle, vendors that renew on time each year, get to keep the same spaces. Our first inclination was to renew our prime Corvette Row (J row) spaces. Chip told us that since this show was much smaller, he was going to center the activity around the grandstand. “A” row was the first spaces given to those that signed up early in the game. We promptly reserved our spaces, and were very close to what was supposed to be the center of the activity. Well, as it turned out, A and B rows, were full. Also I and J rows, down the hill were also full. Seems like a lot of vendors decided to stay with their Corvette Row spaces after all. Believe it or not, there was spectator parking on the hill between these rows for several years after the show started. The Grandstand looked over the old oval dirt track and there was parking all along the infield, and they were not Corvettes as you might think! It wasn’t long before all of these spaces were filled with vendors, the race track was demolished and the show made tremendous growth to become the largest Corvette show in the world!

The years have brought a lot of changes to the show. What was once a flood of great original used and NOS parts for 1953-1967 Corvettes has changed. Ebay, the internet, and other factors has changed all of the shows through the years. This is still an epic event for Corvette enthusiasts, do not get me wrong! The displays of show cars, special theme cars each year, manufacturer showcases and displays, and the camaraderie among Corvette friends cannot be beat.  Carlisle is still THE place to go for all Corvette enthusiasts every August.

We will be leaving late afternoon on Saturday August 24 so be sure to get to our spots before then. 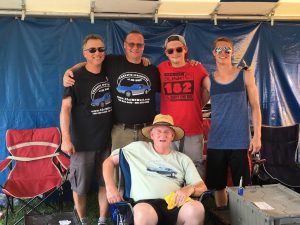 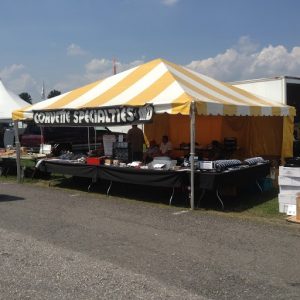 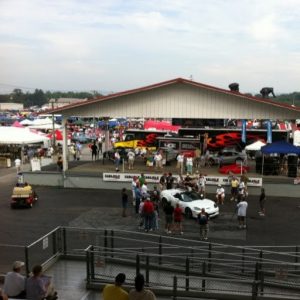 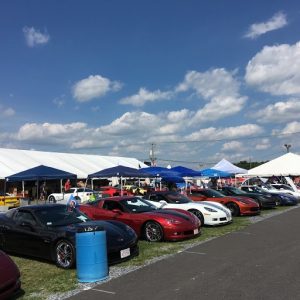 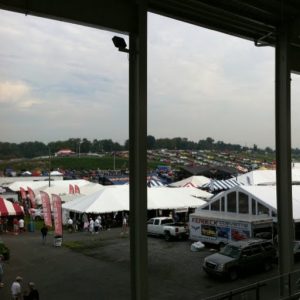 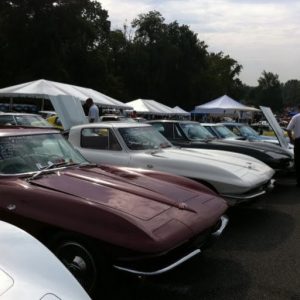